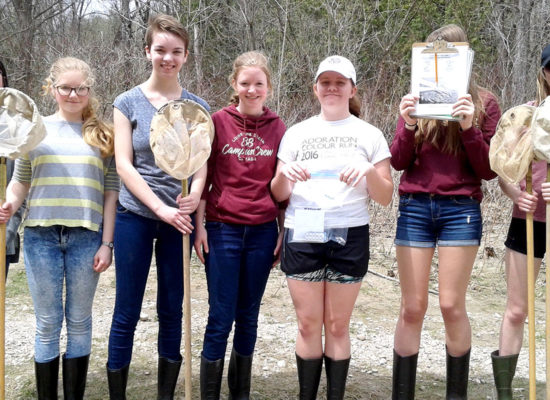 The class was able to do chemical testing of nitrate and phosphate levels as well as test the pH, turbidity and dissolved oxygen. They also learned the dip netting technique and learned to used aquatic invertebrate field studies to create a pollution tolerance index.

All their chemical tests all came back within the fair to good range, and the pollution tolerance index was in the acceptable range.

Students found it surprising how many different aquatic invertebrates there were in the water.  Besides crayfish and minnows, there were many different snails, beetles, mites and fly larvae.  Students learned to distinguish between the larvae of stoneflies, damselflies, dragonflies, mayflies and more.